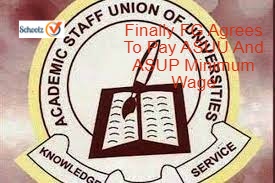 The Federal Government (FG) says it will spend about N34 billion as arrears of Minimum Wage Consequential Adjustments in the education sector effective from 2019.

Ngige said that the beneficiaries of the Minimum Wage Consequential Adjustments included the members of the striking ASUU and their counterparts in the polytechnics and Colleges of Education.

According to Ngige, the universities will get N23.5 billion, the polytechnics N6 billion, and the Colleges of Education N4 billion, bringing the total sum to N33.5 billion.

The minister Ngige, while giving an update on the ongoing strike, said committees were set up during the last tripartite meeting of the government and university-based unions. so that every other measures will be put in place to make sure that ASUU is settled.